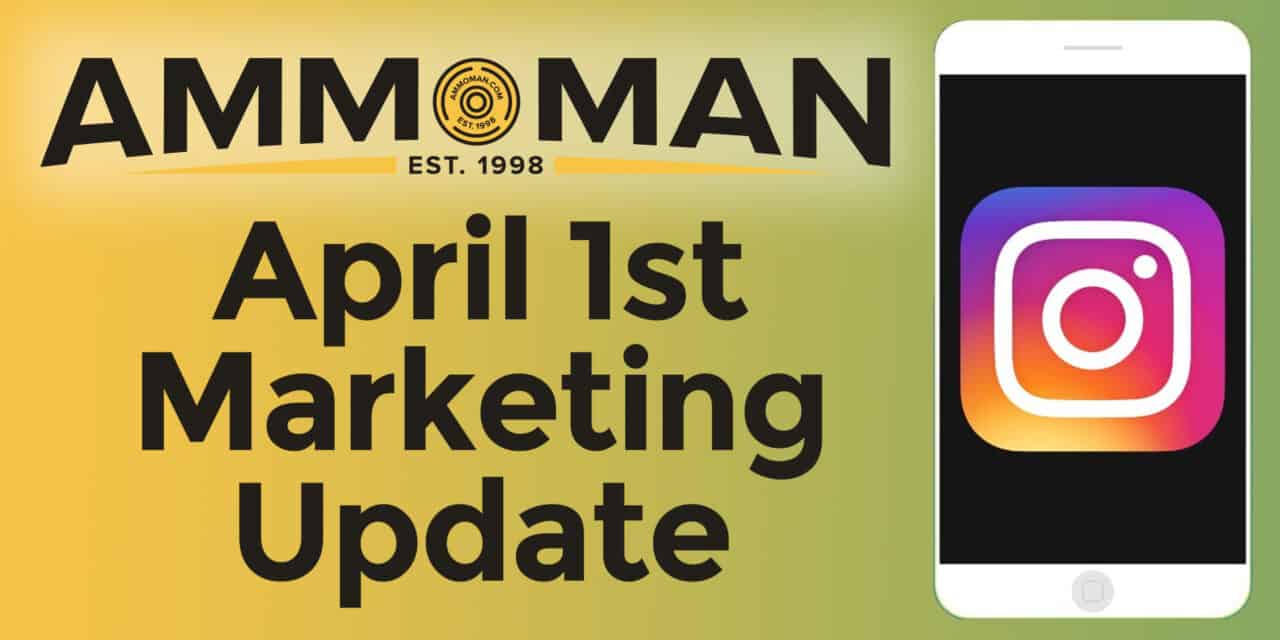 We here at Ammoman are very aware of the current trends in marketing. We also realize that it’s important to keep up on what’s hot in social media and expand into new markets. That’s why we’re always on top of what’s happening when it comes to expanding our customer base, and we want to reach out to you in ways that you can understand.

This is why today we’re announcing that we’re rolling out a new Instagram influencer program that is designed to bring new synergy to our online outreach.

However, we didn’t just decide to do this overnight. Rather, we contacted some of the best social media marketing firms in the business about how to reach Instagram users. They assured us that using glamorous, attractive people to show off guns was definitely the way for us to expand into this market.

So we took their advice, did a little research, and discovered that getting a “gun bunny” to advertise our brand was definitely our best option. A “gun bunny,” if you don’t know, is a term used to describe someone who’s attractive, usually a female, who is posing with a gun. A gun bunny, in essence, is a person who is selling an idealized version of the armed lifestyle, in much the same way that commercials for minivans sell an idealized version of the American family.

We conducted an exhaustive search to find our perfect spokesperson. It needed to be someone with universal appeal. Someone who could reach across different races, genders and species. Most of all, it should be someone who is cute, adorable and loveable.

This is why today, we are proud to introduce Phoebe BB, the official Ammoman Gun Bunny.

A Gun Bunny To Call Our Own 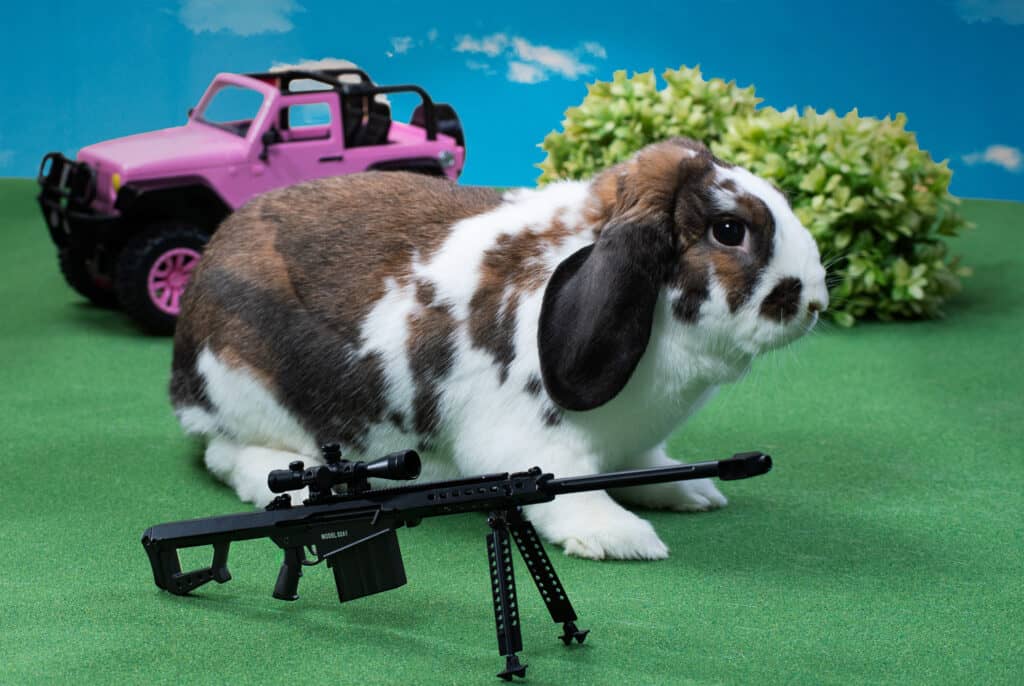 Phoebe is a 2 ½  year old chocolate chestnut agouti mini lop. She’s a vegan who enjoys the outdoors, and is an avid runner. Her qualifications as a gun bunny include being around guns her entire life and watching almost 20 hours of YouTube videos about which guns look best in a photo. Phoebe’s turn-ons include long walks on the beach, organic vegetables and digging holes in the ground. Her turn-offs are pushy people, apex predators and people who don’t like Bugs Bunny cartoons. 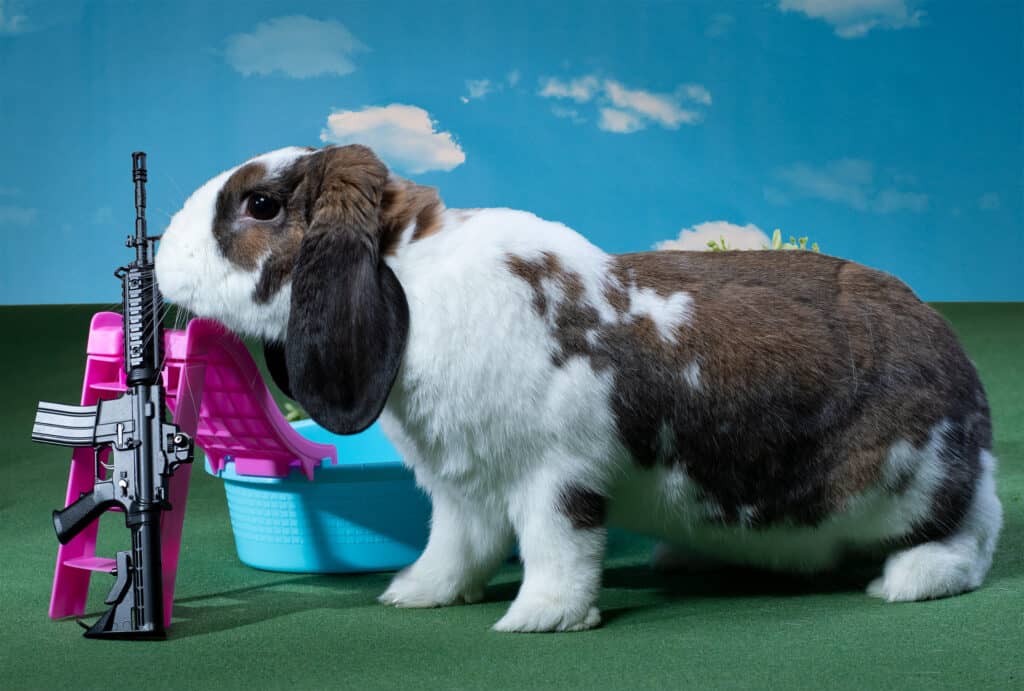 Aside from Ammoman, Phoebe is also sponsored by 24 Karat Gun Lube, the second-best vegetable oil-based gun lube you can buy, She’s also recently signed a deal to have her own line of firearms-related clothing. Look for her “Dust Bunny”  line of desert camouflage outfits in your favorite pet store or gun shop later this year. 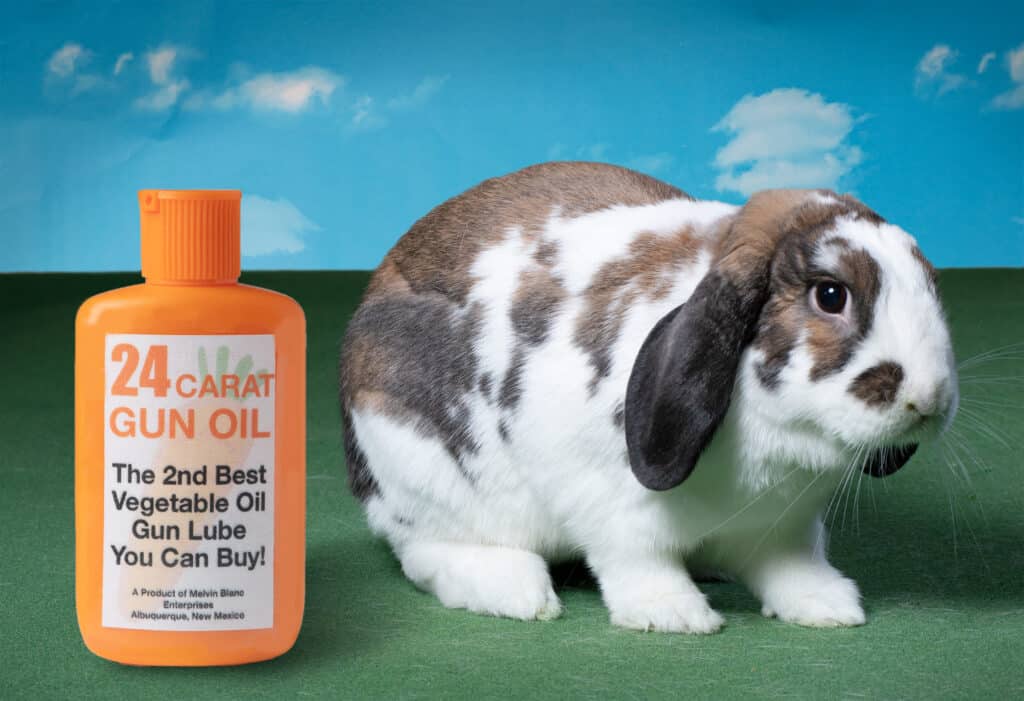 Lots of gun cleaning power, for not a lot of cabbage

Phoebe will be making appearances at major firearms trade shows and meetings in the upcoming year. You can follow her at her very own Instagram page.