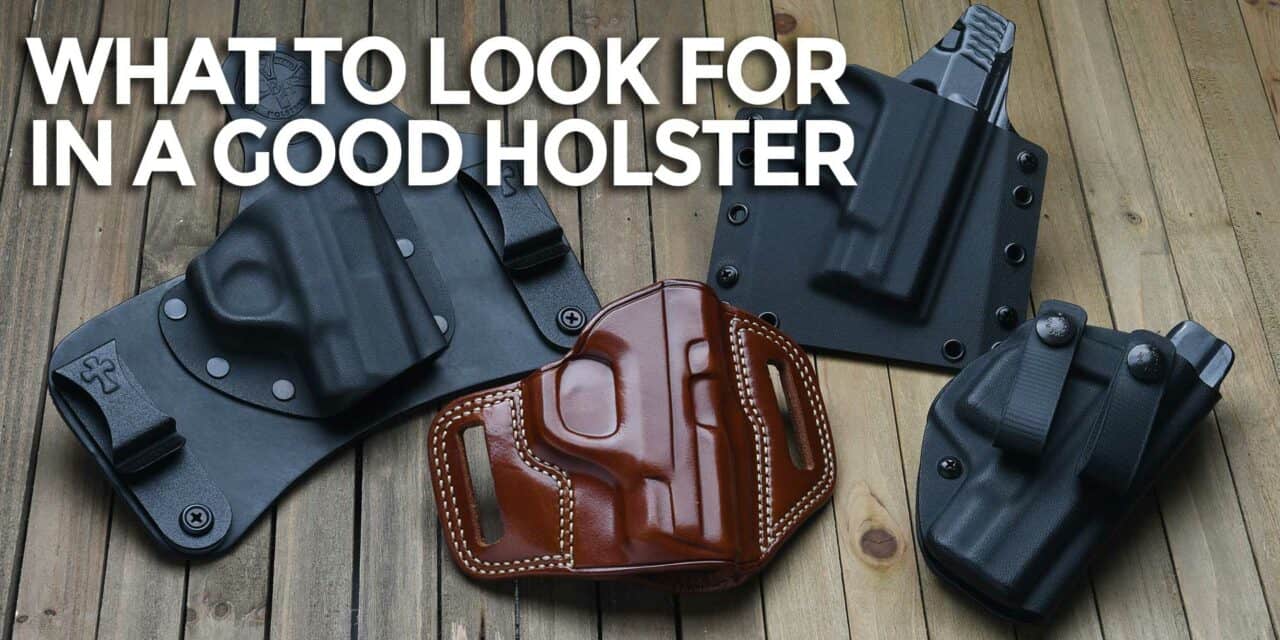 I know too many people who think that the firearm they purchased, by itself, will protect them when their lives are at risk. Not their skill with a firearm, just the firearm itself. It’s as if they believe that owning a gun, in and of itself, is what makes them safe. Not practicing with it. Not training so they can make the shot or carrying it with them. Just owning it is what keeps them safe.

If you’re one of those people, relax. It doesn’t have to be this way. You can do more with your gun than just keep it in its box under your bed. You can learn to shoot it well, and with the proper permits (if required) you can carry it with you so it will be there when you need it the most. Some may choose off-body carry for this task. However, I’m not that big of a fan of carrying a gun in a purse and day planner because that method of carry makes it easier for a crook to separate you from your firearm. Carrying a gun should mean carrying it on you. This means taking the time to choose the best concealed carry holster for you and your lifestyle.

One of the more interesting things about the gun culture is what new gun owners think makes the best concealed carry holster versus people who have taken a class with their carry gear.

People who are new to the concealed carry scene tend to place a priority on comfort. I can understand this. When you make the decision to carry concealed, you are deciding to carry over a pound of metal on your hip. For most of us, this is a new experience. Carrying that weight comfortably becomes a high priority.

However, our first priority should be safety. Relentlessly following the four rules of gun safety means nothing if your holster can’t keep the trigger safe as it rides on your hip.

Safety also applies to holstering and re-holstering your gun. If you have to point your gun at your support hand as you take your gun out or put your gun back in your holster, is it really pointed in a safe direction? Also, a holster that doesn’t hold your gun securely and lets it fall out isn’t a safe holster. If your holster doesn’t cover the trigger guard it’s not a good idea for concealed carry. In addition, if your holster has flaps or a soft backer than can get inside the trigger guard and make it go “BANG!” when you don’t want it to, throw it out and get something else.

Comfort is important, because the more comfortable it is to carry our gun, the more often you’ll do it. However, carrying a comfortable holster that doesn’t allow you quick and safe access to your gun defeats the purpose of carrying a gun. A holster that holds the gun a little too tightly, or one that doesn’t allow for a smooth, natural draw from concealment is not the best concealed holster for you. If your holster feels comfortable, but doesn’t allow you to get a full firing grip on your gun while it’s in the holster, get a new one. The last thing you want to do, when your life is on the line, is fumble your gun as you pull it from your holster.

Having established the priorities for a concealed carry holster, let’s look at our options for holsters. I am a big fan of pocket carry for situations where it’s difficult to hide a gun on your waistband. However, we’ll talk about pocket carry (and pocket pistols) at a later date.

There’s also been a trend in recent years to carry a defensive pistol along the front of your body rather than on your hip. This style of carry is known as Appendix Inside the Waist Band (AIWB) carry.

AIWB is an increasingly popular choice and can be a very effective means of carry for women. However, when done improperly, you’ll be pointing your pistol at some important bits of your body, such as your femoral artery and other more private parts. Rule #1 of gun safety is “Don’t point your gun at anything you don’t want to destroy,” and my femoral artery is definitely something I don’t want to destroy. Training and practice can overcome these risks, but for me, the slight gain in draw speed and slightly better concealment that comes with AIWB isn’t worth the training and practice it would take to do it properly and safely.

Choosing A Holster For Concealed Carry

For beginners, I recommend carrying a defensive pistol on the waistline on your hip, either in an Inside the Waist Band (IWB) or Outside the Waist Band (OWB) holster. Both of these styles of holsters are available for almost all sizes and types of pistols and revolvers. You can find these holsters in a wide range of materials such as leather, kydex, and others. So, you can start carrying your gun right away and not wait for a custom-tailored holster to be made for your gun.

Simply put, an Inside the Waist Band holster attaches to your belt and holds the gun inside your pants. An Outside the Waist Band holster holds your gun outside your pants. It sounds simple, but there are distinct advantages and disadvantages to each type of carry. This complicates your search for the best concealed carry holster, so let’s take a few moments to talk about each method of carry.

Why An IWB Holster Is The Best Concealed Carry Holster 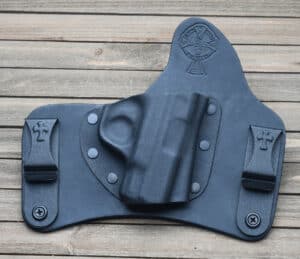 Hybrid IWB holsters are comfortable, but watch out for compromises in safety and retention

With an IWB carry, the holster (and therefore your gun) rides inside your pants. An IWB holster is going to do a better job of concealing your pistol because it tucks your gun up against you more than an OWB holster. In addition, your body’s natural curves will help disguise the fact that you’re packing heat. An IWB holster will also give you more contact between your holster and your body. The holster attachment on your belt is one obvious point of contact. The second, less obvious point of contact is where the holster presses up against your body inside your pants. That large area of contact means your holster moves when you move. This keeps your gun where you expect it to be when you really need it.

Why An IWB Holster Isn’t A Good Idea

Because they hold the gun tight up against your body, it’s slightly harder to grip the gun in an IWB holster. This means it takes a little more effort to wrap your thumb around the grip of your pistol when you’re drawing your gun. There’s a good chance you’ll need to adjust your wardrobe with an IWB holster. A pistol is about an inch or more thick (revolvers much more so). So, this means you’ll need to find an extra inch along your waistline.

Why An OWB Holster Is The Best Concealed Carry Holster 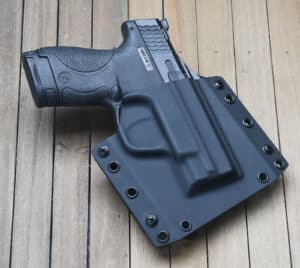 Choosing an OWB holster means you’ll need to make fewer changes to your lifestyle. Your existing wardrobe is probably already set for concealed carry because your gun rests outside your clothing. It’s also slightly easier to grip your gun with an OWB holster. Your pistol is further out from your body when carried this way. Therefore, it’s easier for you to get a solid grip on your gun as you draw.

Why An OWB Holster Isn’t A Good Idea

It’s slightly harder to conceal a gun in an OWB holster because the pistol is further from your body. Choosing a holster such as a pancake OWB model, which hugs the body slightly more than other OWB styles, can overcome this. In addition, an OWB holster may also require some changes in how you dress. If you’re in the habit of leaving your shirt untucked or wearing some other garment that conceals what’s on your waistline, great. If you’re not, you’ll need to start dressing in a way that keeps your firearm concealed.

Be Prepared To Be Wrong

What works for me probably won’t work for you. Selecting the right concealed carry holster is a journey, not a destination. Take a class with your pistol and holster. Preferably, the class will integrate drawing your gun from concealment and re-holstering it as well. You’ll probably find out the holster that you thought was best may have some problems, and you’ll start shopping around for something else. Above all, your priorities should be to find a holster that safely carries your gun, allows you access when you need it, keeps your gun away from prying eyes when you carry it, and makes it easy to carry your gun everywhere you possibly can.