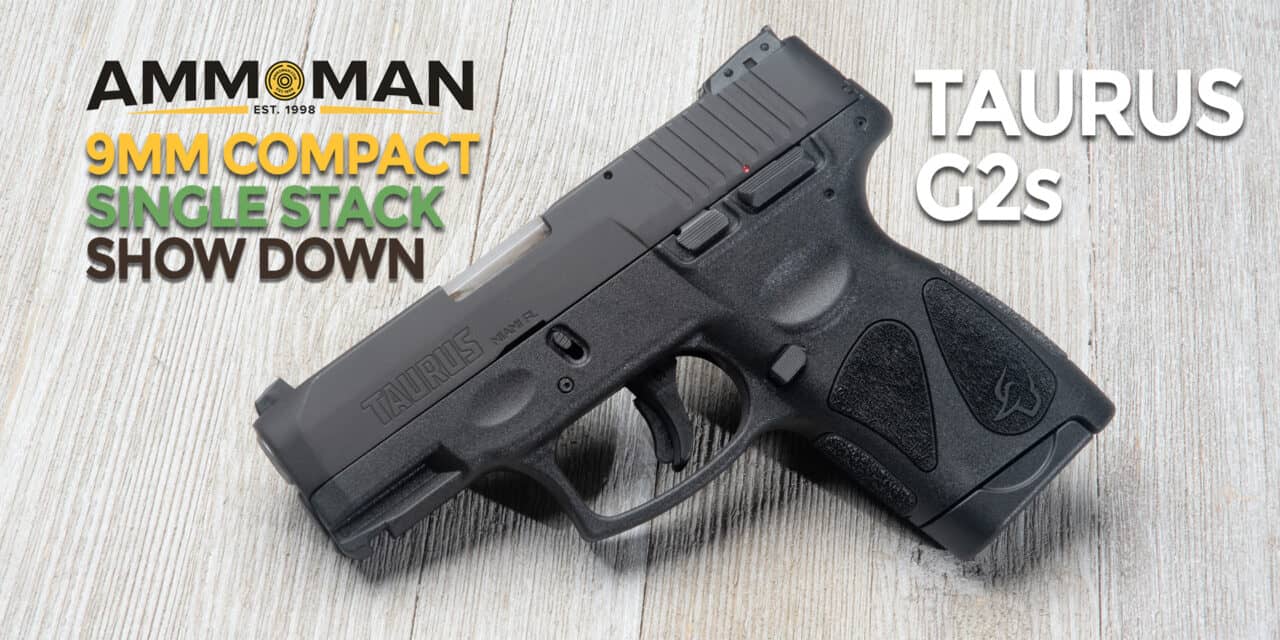 The Taurus G2s: Refinement Has Its Rewards

Taurus has been making firearms for decades now, producing value-priced guns that pack a lot of features. Popular with people who are looking for a lot of gun for not a lot of money, Taurus has redoubled its efforts to produce reliable, accurate firearms. Those efforts are paying off with guns like the compact 9mm single stack G2s pistol.

The G2s (pronounced “Gee Two Ess”) is the latest iteration of single stack 9mm from Taurus. The previous model in this market niche, the 709 Slim, was a popular compact firearm. Cosmetic differences aside, the biggest change between the current G2s model and the previous model is the elimination of a dedicated safety lock on the pistol’s slide. On the G2s, Taurus chose to include the industry-standard cable lock instead. This kind of lock goes down the magazine well of the gun and prevents the insertion of a magazine or the gun from firing. 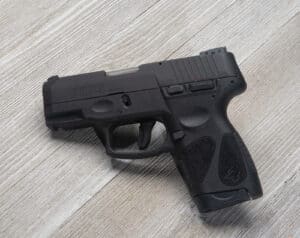 The Taurus G2s is a striker-fired compact 9mm pistol with a seven round, single stack magazine. It has a blade safety in the trigger and a manual safety on the left side of the frame. There is also a firing pin block safety to help prevent an accidental discharge if it is dropped. The gun ships with instructions, a cable lock, and two seven round magazines.

The G2s requires no extra tools for routine disassembly. The gun’s controls, such as the magazine release and slide lock lever, are right where you expect them to be. At 20 ounces unloaded, it’s one of the heavier guns we tested. However, that extra weight isn’t really noticeable once it’s in your hands.

The manual safety was easy to operate with my right hand. Unfortunately, it is not ambidextrous, nor can it be changed to the other side of the frame. To be honest, with a blade safety in the trigger and a drop safety in the action, a manual safety lever is a bit superfluous. I understand that some people still feel safer if their gun has a safety, but for me, it’s a feature in search of a function.

Speaking of safeties, I found the blade safety on the trigger of the G2s a bit on the finicky side. It took me a few rounds to figure out just where my trigger finger should be placed in order to activate it 100% of the time. However, once I adjusted my grip slightly, there were no issues with the gun.

Once I got it on the range, I found the Taurus G2s was comfortable and easy to shoot. The seven round magazines have a slight extension on them, which allowed me to get a firm firing grip on the gun. The manual safety on the frame was easy for me to flick off as I pressed the gun towards the target. The other controls were also right where I wanted them to be. 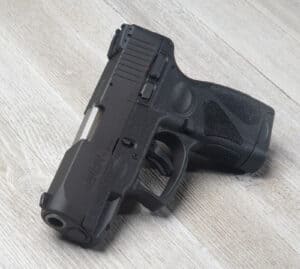 The trigger on the G2s took an average of 4.2 pounds to activate, making it one of the easier triggers of the guns we tested. However, the trigger travel (the amount the trigger has to move before it activates the gun) was quite long. This means you’ll need to keep your sights on-target a bit longer with the G2s than with pistols with a shorter trigger stroke.

The sights on the G2s are the standard three dot sights seen on many different pistols. The rear sight is adjustable for both windage and elevation. My pistol shot right where I aimed it, so I didn’t use this feature. But it is a nice thing to have if it’s needed.

At 15 yards from a rest, the Taurus G2s turned in groups that were in the middle of the pack for our test guns. The long trigger travel meant there was more time for things to go wrong when pulling the trigger, even when shooting off a rest. Like all the guns in this test, the Taurus G2s is meant for closer distances, not for long-distance shooting. 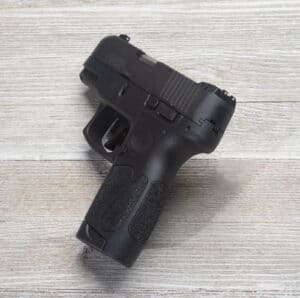 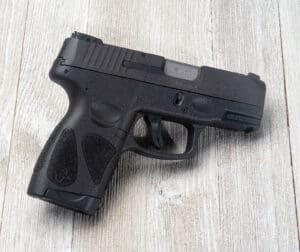 The Taurus G2s shot all 300 rounds in our test with no issues. Making their guns more reliable has been a priority for Taurus over the last few years, and it might just be paying off for them. The gun was also quite comfortable. It was no problem shooting 300 rounds through the gun over the course of a few hours, despite the pistol’s small size. The texturing on the grip made it easy to hold, and to be honest, the gun felt more expensive than its $317 MSRP would lead you to believe. 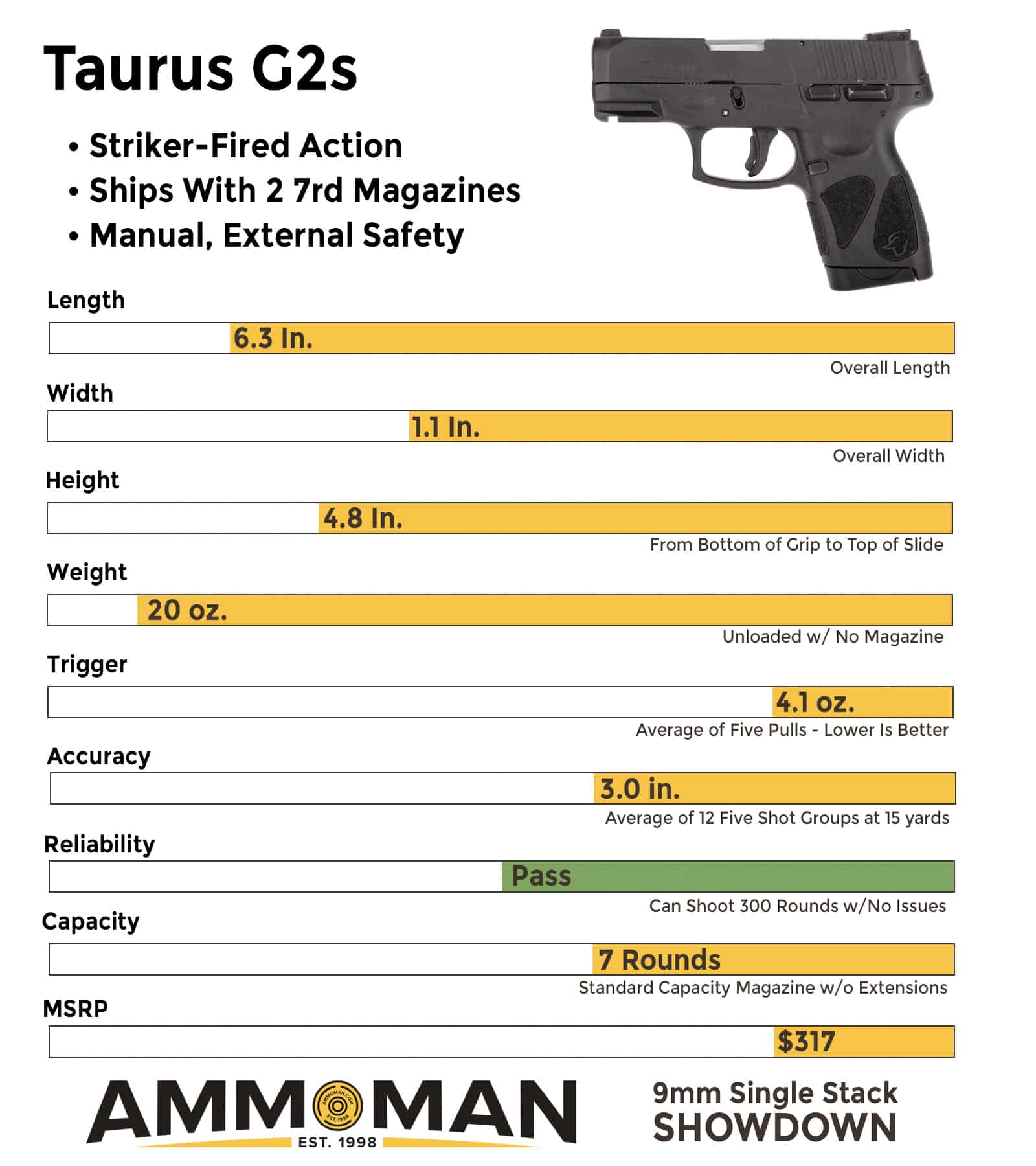 In the past few years, Taurus has come out with some game-changing products like the Judge, which created a whole new market for guns. However, they have also taken the time to refine and improve the guns already in their lineup, like the G2s. The ergonomics on the gun are improved over the previous version, and Taurus has removed unnecessary internal locks as well. With good results in our tests and a great price tag, the G2s is a great value in the world of compact 9mm single stack pistols.