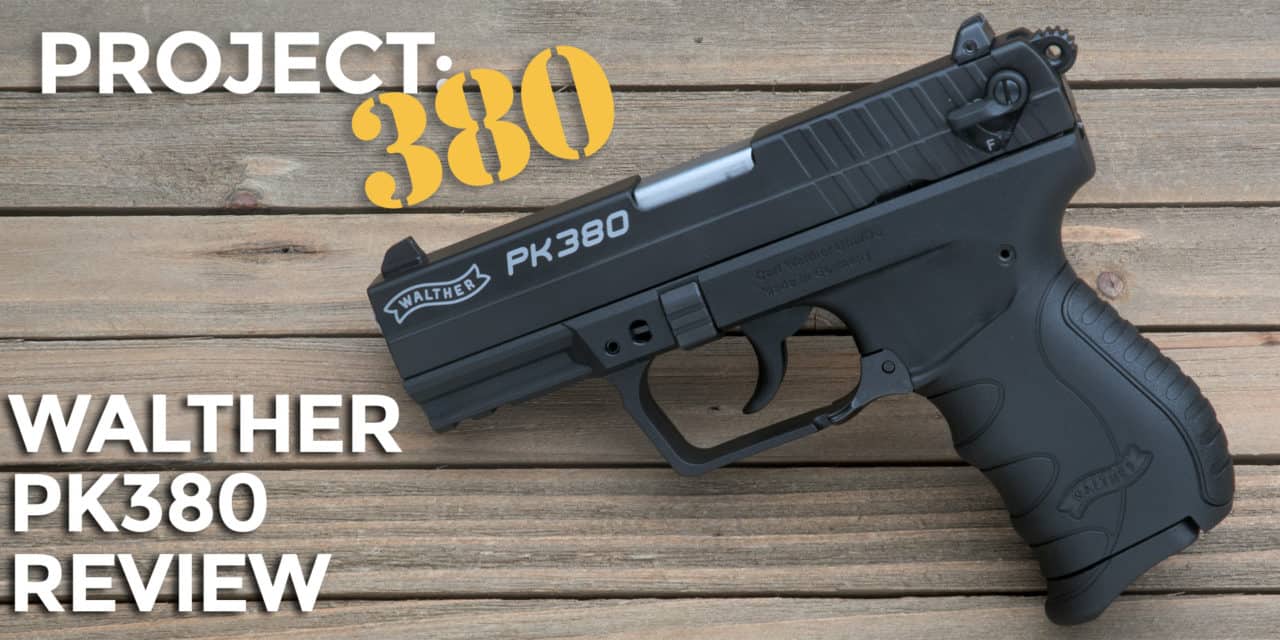 Walther PK380 Review: An Accurate Compact 380, With A Few Twists

If you mention the words “Walther” and “380” to almost any gun nut or spy movie aficionado, they’ll immediately think of James Bond and his iconic Walther PPK, chambered in .380 ACP.  Today we’re discussing Walther’s PK380, which is a horse of a somewhat different color than the legendary movie gun. While it uses the same cartridge and double action/single action (DA/SA) operating system as Bond’s PPK, we find out in this Walther PK380 review, the two pistols have little else in common.

The PPK has a metal frame and uses a traditional blowback action to eject the spent cartridge after it’s fired.

The PK380, on the other hand, has a polymer frame and uses the same locking delayed blowback action as all the other pistols in this test. While the PPK is known for being a compact gun used by covert operators on the silver screen, the PK380 is actually one of the larger guns in our test. It holds eight rounds in its single-stack magazine, and there is a short length of Picatinny rail at the front of the frame that allows you to add a light, laser, or other accessory.

Right out of the box, the PK380 felt good in my hands. It’s one of the larger guns in this test (similar to the S&W M&P Shield 380EZ). As such, it felt like I was holding a compact 9mm rather than a compact .380. Unlike the other guns in this test, the PK380 is a double action/single action (DA/SA) pistol (more on that in a bit). It has a manual safety mounted on the rear of the slide, which operates in manner similar to other slide mounted safeties. You simply flick the safety with your thumb as you point the gun towards the target. 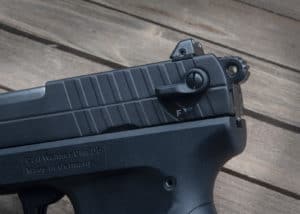 The PK380’s safety takes some getting used to.

The PK380 is flat out fun to shoot. The gun’s large frame and long sight radius, combined with a lower-powered .380 ACP cartridge, make it easy to deliver fast and accurate shots onto the target. The gun’s safety, however, is a bit different.

According to Walther, this is intended to add an extra layer of protection when dry-firing the gun at home.  The gun, when on safe, operates pretty much the same as when it is ready to fire (except for the loud “bang” and a hole appearing in something). I don’t know about you, but I prefer a more traditional safety that disables the trigger and renders the gun completely inoperative when engaged. This lets me know the gun is on safe, and I can respond as needed. With the PK380, the only way to tell if the gun is on safe is to look at the safety. This is not the case with the PK380, and that can lead to confusion as to why the gun is not firing when it should be firing.

The PK380’s magazine release is located on the rear of the trigger guard. This is a feature found on other European-designed pistols. While it was a change from the usual frame-mounted magazine release, I found it easy to use and it didn’t slow me down at all.

The PK380’s long slide radius, light trigger, and large frame helped it turn in some of the best groups in our test. The gun was comfortable to shoot; it was no trouble at all to shoot 500 rounds through it in just one session. 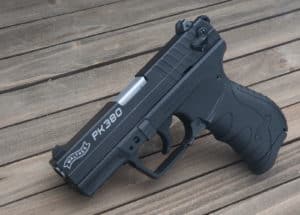 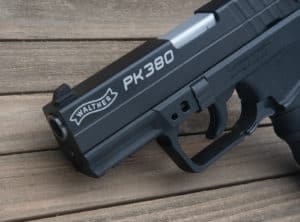 A Picatinny rail up front means you can mount all sorts of accessories to the PK380.

I experienced only two issues with the PK380 during the 500 round reliability test. On round 278, an empty case from .380 Blazer Brass failed to eject, and on round 324, a round of Remington Golden Saber also failed to eject.

Wrapping Up The Walther PK380 Review

The PK380 delivered top of the charts accuracy. Its size and heft made it easy to place round after round wherever I wanted. That being said, the unusual safety gives me some pause, as a greater amount of care must be used to make sure the gun is empty when it should be empty and loaded when it should be loaded. At an MSRP of $399, the PK380’s price is right in line with the other guns in our test. And with a true Picatinny rail up front, it offers the option to mount lights and lasers, which many of the guns in our test do not.