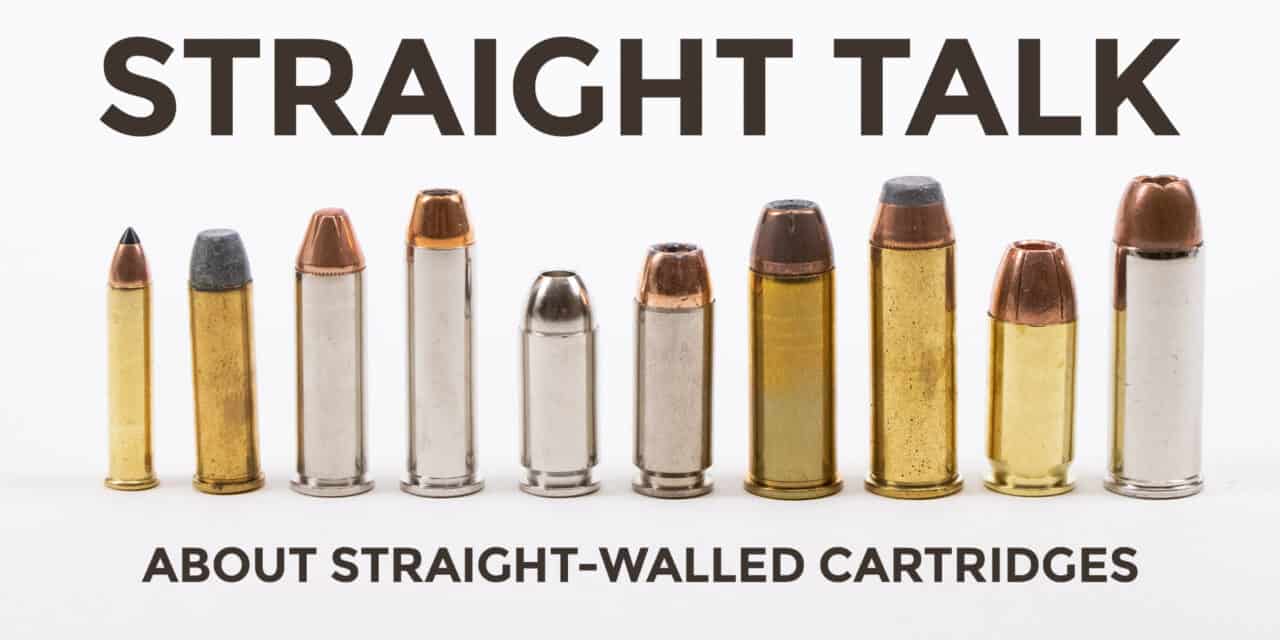 When it comes to firearms, there is a nearly endless list of terms and jargon that shooters keep up with. If you are new to our community, the terms can be confusing and frustrating to comprehend.

My goal is to help you understand some of that jargon. Not only will it help you feel more comfortable talking with others about shooting, it can help you make smart decisions about your hobby.

In cartridge design, there are a variety of case designs that include both straight walled and bottlenecked cases. In general, a straight walled case will have a case diameter that is the same across its length. In other words, measure the diameter of the case anywhere along its length, and it should remain constant.

Appearances can be deceiving, however. Not all cartridges that appear to be straight walled really are.

Many people think of the 9mm as a straight walled case. However, it is actually a tapered case design. While it does not have any sharp angles or sudden diameter changes, the case diameter narrows as you move from the base to the mouth. 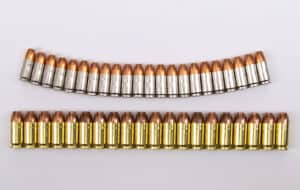 To see how tapered the 9mm case design is, try this: Take a box of 9mm cartridges and lay them out on a table. Then lay them next to each other so that each touches another along its full length. With just a few cartridges, you will see the stack is not straight. Rather, the line of 9mm rounds is significantly curved due to the tapered case design. This is the reason many submachine guns like the HK MP5 use curved 9mm magazines.

A bottleneck design is a case that has a radical diameter change that resembles the profile of a vintage soda bottle. The significant diameter reduction has an effect similar to putting your thumb over part of a water hose end: it can increase the pressure of the gasses produced from the burning gunpowder and drive a bullet faster than is possible with a straight walled cartridge. Bottlenecked cartridges tend to produce higher bullet velocity. Not only can that improve down range energy on the target, but it can have a positive effect on accuracy.

Straight walled rifle cartridges tend to use larger diameter bullets to compensate for the relatively slower speeds. This limits the potential range and accuracy of a straight walled cartridge. 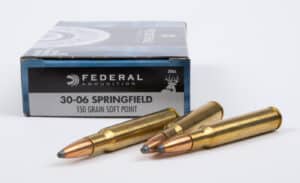 A bottlenecked cartridge allows you to pack a lot of punch behind an aerodynamically efficient bullet.

The Case for Straight Walled Cartridges

While I have demonstrated a variety of advantages bottlenecked cartridges have, the straight walled cartridge remains a viable option for many shooters. For many, it is the best option.

There are few bottlenecked handgun rounds. The vintage 7.62×25 Tokarev and the modern .357 SIG are two notable examples. Neither of these enjoys widespread use or much industry support.

However, there are many shooters who use straight walled cartridges in rifles as well as in handguns. Classic lever gun shooters frequently select carbines chambered for the straight walled .357 Magnum and .44 Magnum rounds. These handgun cartridges are quite easy to shoot from a long arm yet still hit with enough authority to provide excellent defensive and short-range hunting performance.

Hunters in some states are required to use only firearms chambered for straight walled cartridges. Because of these hunting regs, there have been a number of cartridges designed to deliver excellent performance while fitting existing firearms platforms.

One such cartridge is the 450 Bushmaster. This is a cartridge that uses a straight walled case that accepts a 0.452” bullet. It is a flat shooter and delivers enough power to take any large game in North America. One of the reasons it has become so successful is that it can be shot from the standard AR-15 platform. The round has the same maximum overall length as the .223 Rem cartridge meaning it can feed from standard dimensioned AR-15 magazines. With a simple upper swap, you can convert any AR to the 450 Bushmaster. 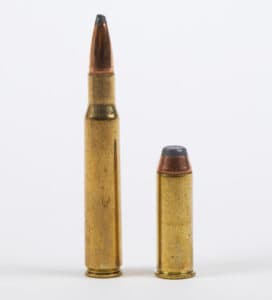 Cartridges come in all shapes and sizes.

Another straight walled hunting cartridge is the recently introduced 350 Legend. Like the Bushmaster above, it is designed with an eye toward use in the AR platform, as it has the same length dimensions as the .223 Rem. It delivers energy greater than the popular bottlenecked .30-30 Win and 300 BLK cartridges while still keeping recoil mild. It can also be shot from both bolt-action and AR-style rifles for hunting in restricted states. Like a 9mm round, however, the 350 LGND is actually a tapered cartridge though it meets the hunting requirements for being a straight walled cartridge.

Straight walled cartridges may be the simplest of modern cartridge designs, but that doesn’t mean they aren’t effective. No one ever claimed the .357 Magnum, .45 ACP or 450 Bushmaster were underpowered for the vast majority of shooting needs. Bottlenecked cartridges hold an advantage in some situations, but most people can be served well by today’s excellent straight walled options.