Small package. Powerful flashlight! The PD35TAC by Fenix absolutely devours the darkness thanks to its Cree XP-L(V5) LED, which has a 1,000 lumen max output for a beam distance as long as 656 feet.

The PD35TAC is a rugged little flashlight with its aircraft-grade aluminum construction and Type III hard-anodized finish, hardened glass lens with anti-reflective coating, and ability to submerge under 6.5’ of water for up to 30 minutes. The PD35TAC additionally features a digitally regulated output to maintain constant brightness at all times, a memory chip that automatically turns the flashlight on to the mode used last, and roll and slip resistant design.

The PD35TAC’s tactical tail switch lets you hold the flashlight on with your thumb when you don’t want to activate its steel side switch, and its low voltage indicator saves you from taking dying batteries into the field.

We tested the Fenix PD35 flashlight using a tool called an integrating sphere. That tool collects records the amount of light a tactical flashlight like the Fenix puts out. We recorded the test results over a period of two hours to see how the light's output (in Lumens) fared.

Below, you see the graph with the results of our testing compared to the 1,000 lumens advertised by Fenix. 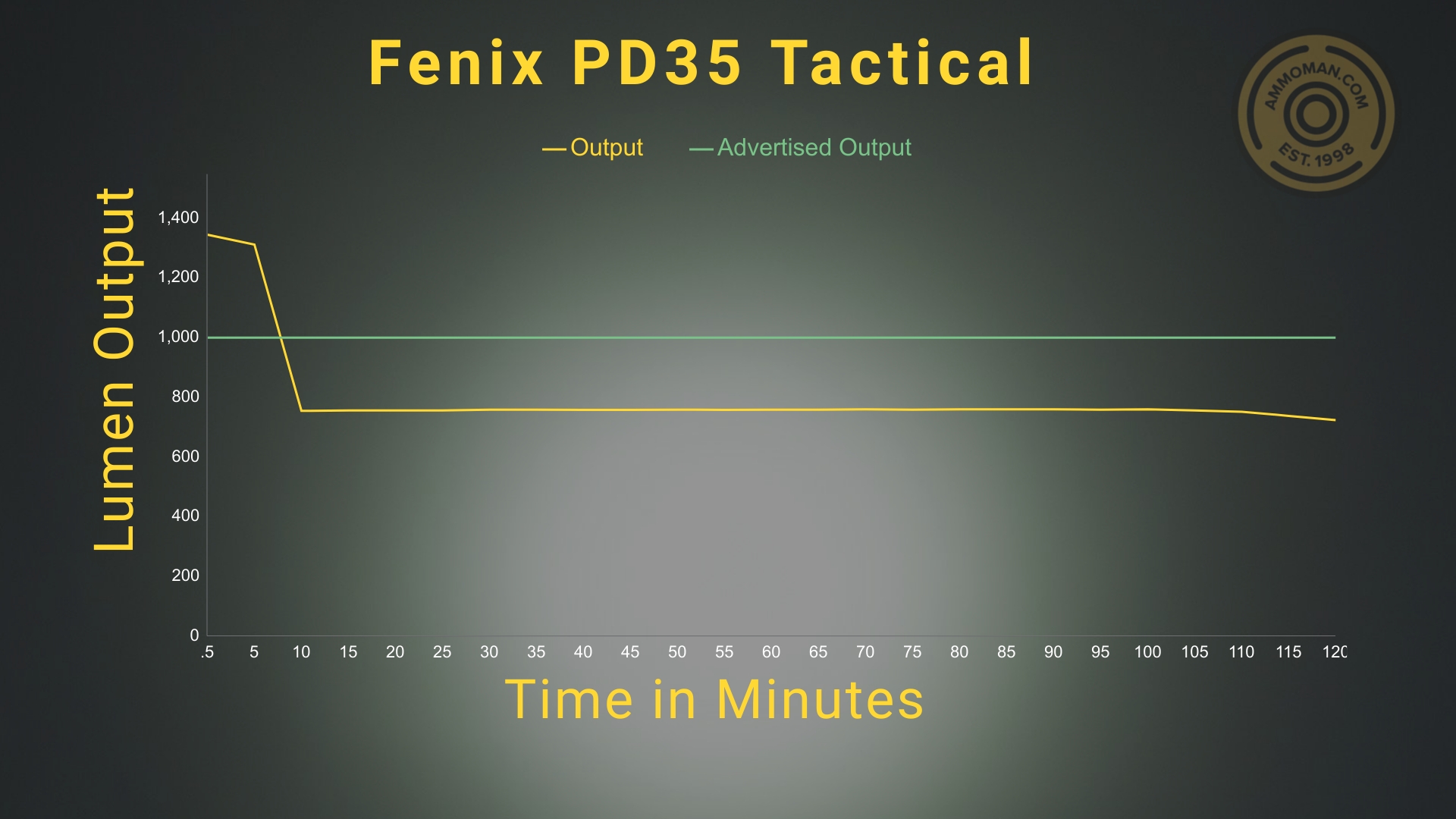