When most people think of military surplus, they picture stores where they can conveniently stock up on gas masks and Ka-Bars in the same place. Some of the matériel that militaries sell to the private market isn’t used or second rate, however. High grade milsurp ammo regularly makes its way to shooters who might only use it for target practice. 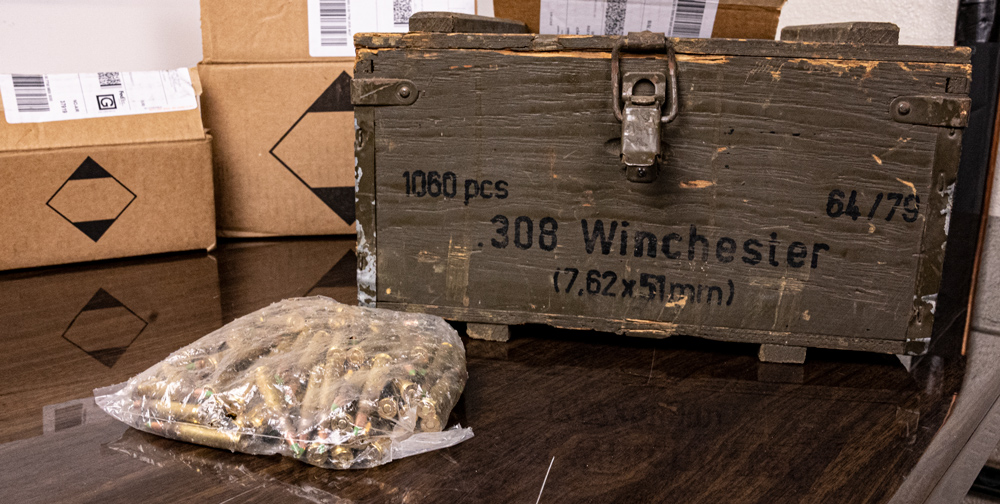 Military surplus ammo initially entered the American market during the Reconstruction era. The Civil War was the first time that Americans fought in standard uniforms, which left a lot of soft goods in addition to other equipment sitting around as of 1865. Grays and blues soon found their way on the backs of men who had never set foot on a battlefield. Francis Bannerman IV was especially successful at exploiting the milsurp market. The retailer regularly bought up massive lots of Confederate rifles, and kept tabs on the Army so he could bid first on their obsolete equipment. He purchased nearly every Spanish rifle captured after the Spanish-American War, as well as 250 Gatling guns around the turn of the century. Bannerman ultimately offered such treasures for sale in his catalogue, which reached over 400 pages thick at its height of popularity. Whenever the U.S. Military abandoned a cartridge, like the 45-70 Government or the 30-06, a glut of milsurp ammo hit the private market as the feds tried to recoup their losses. Foreign milsurp ammo became widely available after WWII, as many German guns quickly gained popularity among collectors and shooting enthusiasts. Some 6,600 tons of Japan’s munitions were dumped into the Pacific following their surrender, so 7.7x58mm Arisaka never gathered a great following. The end of the Cold War saw a similar importation cycle. Mosin-Nagant lovers could rejoice as a steady stream of milsurp 7.62x54mmR finally trickled in. AK-47 ammo is now commonly available, although you can never predict what kind of trove will be discovered and subsequently auctioned off overseas.

Unlike commercial ammo, surplus ammo is often available in bulk. If you have the money and the space to store tens of thousands of rounds, you can get a great deal on mil-spec ammo. Even purchasing one unit from a retailer’s pallet of foreign milsurp ammo is economical, and those cartridges may come in airtight packaging. Spam cans full of 7.62x39 frequently cross the ocean, which are sealed to meet the needs of even the most cautious preppers. Military surplus ammo is designed to function perfectly in the weapon it is made for. Although milsurp 303 British is increasingly rare, chambering it in a classic Lee-Enfield will let you experience precisely how British troops fired their rifles over one century ago. Furthermore, buying ammunition that originated in a country so exotic as Ethiopia is neat in and of itself.

It is not always easy to find milsurp ammo. It’s typically imported in single large shipments, and the times in between those shipments can vary. To complicate things even further, many anti-gun politicians look to banning imported milsurp ammo as a means of advancing their agenda. Its availability would cease entirely if certain politicians have their way. Many shooters consider exceptionally old milsurp ammo unsafe to fire. The conditions under which some foreign governments’ ammo was fabricated were not always ideal. Countries at war may expedite production, or engage unqualified workers. Older military surplus ammo may have corrosive Berdan primers. These can bathe a rifle’s bore in harmful mercury during ignition, although correct cleaning immediately after shooting will prevent damage. To a smaller degree, Berdan primers themselves are undesirable because they prohibit (or at least greatly complicate) handloading.

The Takeaway on Military Surplus

Military surplus ammo can be every bit as good, if not better than, commercial ammunition. It can be worse as well, if it is decades old and was stored in poor conditions. The availability of foreign milsurp ammo depends on too many factors to rely on it with any confidence, but at least domestic producers manufacture mil-spec American cartridges like 50 BMG and 5.56x45 at a steady pace. Its generally consistent quality and bulk pricing make milsurp ammo a good investment to most shooters. If you are happy with Berdan primers and full metal jackets, and even spaghetti-like cordite propellant on occasion, don’t pass up on milsurp!