In modern firearms, a primer is the component of a round of ammunition which ignites the propellant. Most centerfire ammunition available today has one of two types of primers, boxer or berdan. A scope cam’s view Inside the casing of 7.62×39 ammunition showing the difference between berdan primed ammo (left) and boxer primed ammo (right)

A flash hole is not part of a primer. It is the hole in a cartridge’s case which lets the primer’s heat and sparks access the powder during ignition. A rimfire primer is integral to the cartridge’s case and operates on a simple principle: the firing pin crushes the pressure-sensitive priming compound stored within the case’s rim, which causes that compound to explode. Ignition results when the primer disperses heat and sparks into the neighboring propellant charge. Centerfire primers come in two flavors: Boxer and Berdan. Both are named after their inventors – Edward Mounier Boxer (though Boxer’s actual role in this invention is often disputed with a man named Benet) and Hiram Berdan. So, their names don’t tell you anything about how they operate. Let’s briefly explain how centerfire primers work in general before detailing the difference between the two.

How Does a Centerfire Primer Work? In contrast, rimfire rounds are permanently altered upon ignition. They are technically reloadable, but it is not remotely economical to bother reloading them (and if the firing pin strikes the previously dented section of its rim, a reloaded rimfire-primed round will still not ignite). But like a rimfire primer, a centerfire primer also contains pressure-sensitive priming compound. When the firing pin strikes a centerfire primer’s cup (i.e. outer surface), it crushes the compound against an underlying hard surface to create ignition. Whether that hard surface is (A) inside the centerfire primer itself, or (B) part of the case is the primary difference between a Boxer and Berdan primer.

A Boxer Primer Has an Integral Anvil; a Berdan Primer Does Not

The hard surface that the firing pin crushes a centerfire primer’s priming compound against is called an anvil – just like what a blacksmith hits with a hammer. A Boxer primer contains its own internal anvil, which is a raised metal surface between the compound from the propellant. A Berdan primer, on the other hand, lacks an anvil together. That’s because a Berdan-primed cartridge’s anvil is located on its case!

Can You Reload Berdan Ammo?

Berdan primer sizes are also not as standardized as Boxer primer sizes, and their unpopularity among handloaders makes component Berdan primers harder to find as well. It should be noted that Berdan primers are slightly cheaper to manufacture. This is largely why Russian manufacturers choose Berdan primers for their economical steel-cased ammunition. If you see new production Berdan-primed ammo in the store, it is almost certainly made in Russia. Steel cases are a poor choice of handloading components for their own reasons. That they are nearly exclusively loaded with Berdan primers doesn’t work toward their favor! A “corrosive” primer will deposit hygroscopic salts inside a firearm’s action and barrel during ignition. If you do not take special steps cleaning a firearm after firing corrosive ammunition, that residue will cause moisture to accumulate inside the firearm. Destructive rust is certain to follow. Corrosive Boxer-primed ammunition does exist. But it was largely phased out of the American commercial market during the 1920s, and the U.S. Armed Forces and other NATO countries transitioned to non-corrosive Boxer primers by the end of the 1950s. In other words, unless your Boxer-primed ammo is extremely old, you do not have to worry about corrosion. 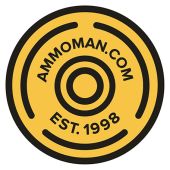 Are Walmart Ammo Sales A Thing Of The Past? Book Review: The Law Of Self Defense